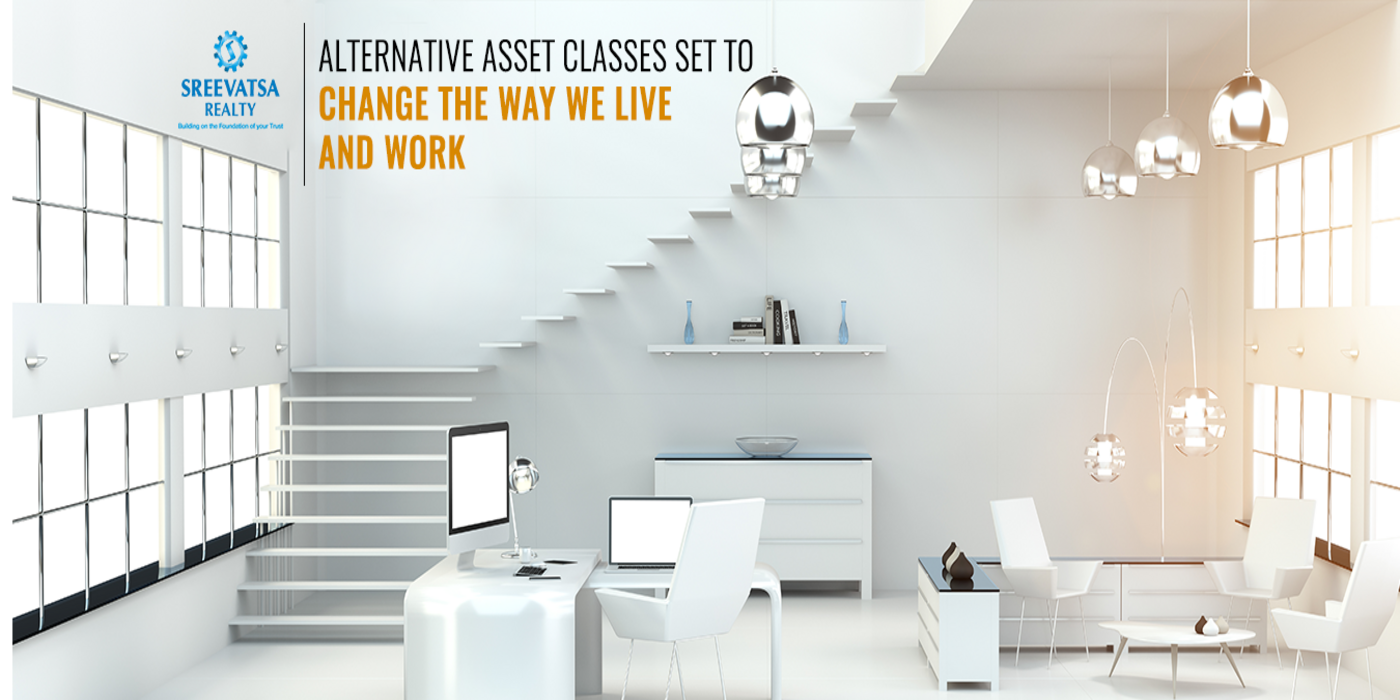 India’s obsession with real estate as an investment choice is a well-documented-data-based history over the last decade. Immovable assets have been traditionally the go-to option for domestic investors,While Indian’s preference for real estate continues to impact their investment choices even now, the ongoing decade has been a witness to the emergence of alternative asset classes in this category that have remarkably changed the we live, work and stay.It’s a behavioural change with the dominance of the millennials in our workforce.Millennials, who already make up almost 45% of the workforce in white-collar jobs, are interested in build-to-suit working and living options above anything, and that makes a world of difference in the investment world, too. As India transforms itself to meet the requirements of a large young, agile and on-the-go population by way of offering flexible workin g setups and quality living options, it is opening technology-driven alternative investment models for investors to thrive on.

India is one of the largest flexible workplace markets in the world, with nearly 27 million sq ft of space, with an operating capacity of 400,000 seats spread across six major markets, including Mumbai, Delhi-NCR, Chennai, Bengaluru, Pune and Hyderabad.The speed of growth in this category has also been remarkable. At nearly 13 million sq ft, co-working spaces claimed an 8% share in the cumulative Grade-A leasing activity during 2016-Q3 2019. Space take-up by flexible space operators has grown by 500% during 2016-18, and is likely to grow by 25-30% year-on-year for the full year 2019.While flexi-working spaces are predicted to touch nearly 140-million sq ft mark by 2025, the number of operators in t he segment is likely to double in the next five years from the existing over 300 players. By the same period, the user base is also likely to grow to three million.Co-working, as we see it, is the answer to the traditional leasing, where companies had to pay huge security deposits, but they were still obliged to stick with a work place offering questionable quality issues. Since the co-working concept is a win-win situation for all parties concerned — the operator, the owner and the corporate— it could become popular in emerging tier-II cities in India also as it expands itself.

Co-living: Shared living to become Rs 1-trillion market in the next five years

Even as the traditional office is making way for co-working, the rental housing market in India is aligning itself as the concept of co-living is seen gaining traction among Indian young population, which is, unlike its processors, not welcome to the idea of making “adjustments”. Based on the fact that India’s young population with a higher disposable income favours value experiencing over ownership, we have ample reason to believe in the growth potential of the co-living segment amid India undergoing a digital transformation that is not only impacting how we work but also how we live.The facts that nearly 40% of Indians millennial workforce is migrants and their number is set to increase to 7 million by 2023 give us further reason to expect co-living would become more of a rule than an aberration at a time when demand pattern is changing continuously.At a nascent stage as it is, the co-living market India is likely to become a Rs 1-trillion market in the next five years, with 5.7 million beds, as millennials opt for shared accommodations providing better affordability and convenience and community feel than the traditional and largely unorganized rented homes, hostels and paying guests (PG).Betting on that growth, several global institutional investors such as Goldman Sachs, Nexus Venture Partners, Sequoia, Warburg Pincus, etc., have forayed into the segment here in the recent times. Much higher levels of activity could be seen here in future because of the unmet demand, especially in the student housing segment.In countries such as the US and the UK, where student housing is in an advanced stage, it helps investors earn double-digit yields when compared to the other commercial real estate segments such as retail and office space. This segment could bring investors in India double-digit returns of over 12% while returns in the commercial segment are restricted between 7-9.5%.To put it succinctly, as India’s changes track to become more of a shared economy where community building and the need for utilization for resources gains higher prominence than the tendency to own assets, we have every r eason to believe alternative investment categories would stand side by side with mainstream options. Author: Gautam Saraf, Managing Director – Cushman & Wakefield, Mumbai