SBI’s Festive Offers: Should You Go For The Bank’s Repo-Linked Home Loan?

HomeBlogsSBI’s Festive Offers: Should You Go For The Bank’s Repo-Linked Home Loan? 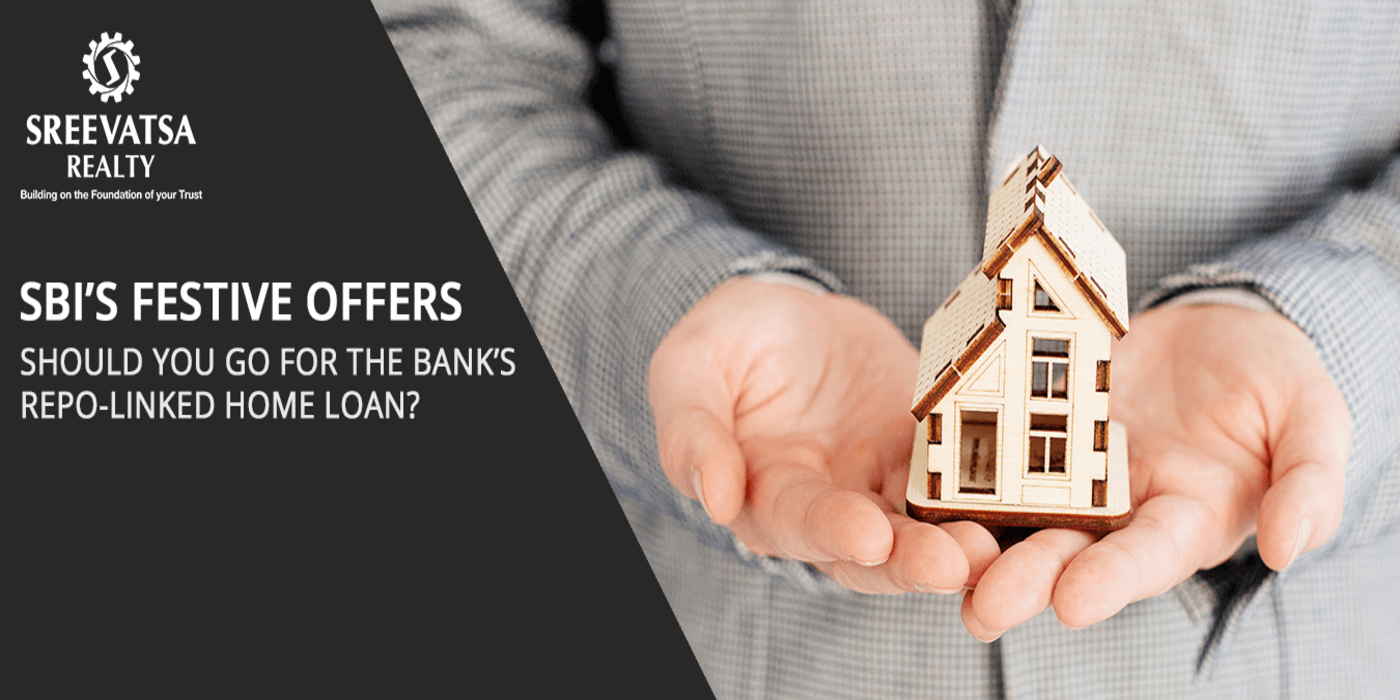 SBI’s festive offers: Should you go for the bank’s repo-linked home loan?

While the transmission will happen faster, it can make EMIs more volatile and pinch you when rates increase

Ahead of the festive season, SBI has announced a slew of offers for retail loans. Waiver of processing fees on car loans, longer repayment tenure for personal and education loans and attractive interest rates on home, car and personal loans — are among SBI’s offerings.But the home loan product that is linked to the repo rate lending rate (RLLR) where the lending rate is linked to the RBI’s repo rate-is one of a kind that catches the eye. It claims to be an attractive offering, as a fall in the RBI’s repo rate in the coming months would immediately translate into lower lending rates for borrowers, as against the existing MCLR structure where transmission happens with a lag.But how sweet are SBI’s home loan and other deals?

SBI introduced the repo-linked loan product for home loans from July this year. Lending rates are benchmarked against repo rate lending rate (RLLR), which changes every time the RBI tweaks its repo rate. RLLR changes from the 1st of the following month in which the RBI changes its repo rate.For instance, RLLR was 8 per cent since July. With the RBI’s 35 bps repo rate cut in August, SBI’s RLLR will reduce to 7.65 per cent from September 1.The effective home loan rate is arrived marking it up by a spread – RLLR+40 bps or RLLR +55 bps (depending on the credit score). Hence for home loans upto Rs 75 lakhs, the effective lending rate for borrowers with good credit score works out to 8.05 per cent currently.Comparing offers by other banks and even SBI’s own MCLR linked home loan product (effective lending rate of 8.65 per cent), the repo linked home loan appears attractive, as it charges among the lowest lending rate.But before you opt for it there are other points you need to consider.

Given that any change in repo rate immediately reflects on the lending rate (in the following month), in a scenario where rates are falling, borrowers gain more than under the existing MCLR regime. Under MCLR, lending rates are reset only at intervals corresponding to the tenure of the MCLR. For instance, in the case of home loans benchmarked against the one-year MCLR, lending rates are reset every year. When the RBI cuts repo rate, banks don’t reduce MCLR immediately. It happens with a lag. Even when MCLR is cut, the benefit of it is transmitted to borrowers only when the loans are reset.However under SBI’s RLLR, changes to lending rates will happen immediately (within a month). While in a falling rate cycle, this may be alluring to borrowers, when the RBI’s starts to hike repo rate, borrowers may not be too pleased. Lending rates will go up faster than under the MCLR regime, pinching borrowers more. Given that home loan is a long tenure product of 25-30 years, there will be many rate cycles—both up and down. So as a borrower, don’t base your decision on the current fall in rates alone.

Under a regular home loan product, one that is linked to your MCLR, your equated monthly instalment (EMI) on your home loan is fairly stable. Given that the reset happens every year there is more predictability in your EMIs. Even when the lending rate is reset based on the latest MCLR, banks usually change the tenure (lower the tenure in case of fall in rates) of your loan rather than EMI—unless you specify otherwise. This in effect keeps your EMI steady. Under SBI’s RLLR however, a minimum 3 per cent of the principal loan amount should be repaid every year. Interest charged on the loan is serviced monthly, based on the lending rate effective at that point in time. Hence your EMI changes every time there is a change in RBI’s repo rate (in the following month). Given that interest rate cycles have become relatively shorter over the past two to three years, your EMIs could change more frequently. If you prefer predictability of EMIs, then SBI’s product may not be for you. But remember in a regular home loan product, percentage of principal repaid in the initial years is relatively lower and it increases with the tenure of the loan. In SBI’s RLLR home loan, since the principal repayment is constant over the tenure of the loan, the total interest outgo may be lower, as interest is calculated on the outstanding loan amount, every month. Of course, the movement in interest rates over the tenure of the loan will be a key factor.

Bottomline: While SBI’s new repo linked home loan is an attractive deal at this juncture, consider other factors like predictability of EMIs as well. Remember, you cannot switch between home loans under MCLR and RLLR, for now.

Aside from the deal on big ticket home purchase, SBI has also announced other offers for car loans and personal loans to spur spending. On car loans, the bank has waived off processing fees which is notable benefit for borrowers. ICICI bank currently charges Rs 3500- Rs 8000 processing fee depending on the car segment, while HDFC Bank charges 0.4 per cent of loan amount (minimum of Rs 3000 and maximum of Rs 10000).Hence savings on processing fees is a tidy amount.On interest rates, SBI is charging 8.7 per cent for car loan (further 25 bps concession if applies online through the bank’s digital platform), which is also attractive. ICICI bank currently offers car loans for 12.85 per cent for 24-35 months and 9.3 per cent for 36-84 months. HDFC Bank charges interest rate of 9.65-10.6 per cent. There are however few PSU Banks that offer 9 per cent or below on car loans currently. SBI is also offering personal loans starting from 10.75 per cent with a long re-payment period of 6 years. Most banks usually offer interest rates upwards of 11 per cent, upto a tenure of 5 years. SBI’s personal loan offering thus implies a lower EMI. Author: Radhika Merwin, BL Research Bureau